7 Shows Where Actors with Disabilities Take the Lead

The small screen is making big leaps for inclusion with shows starring actors who have disabilities.

For most of history, Hollywood has treated disability like a story gimmick, an attribute to assign to a character when the show or movie needed to teach a lesson to other characters about being better people. An actor without a disability almost always played the role, earning praise for playing “the disability” so convincingly (Rain Man, I Am Sam, The Other Sister, Radio … the list is long).

For the disability community, seeing this kind of representation on screen has been demoralizing and confusing—why can’t stories about solid human characters with real disabilities learning to live life exist in the screen narrative? Where are the roles for actors who have disabilities?

The good news is that the old way of portraying disability and people with special needs is starting to look demoralizing and confusing to everybody else, too. Hollywood is catching on, and with the rise of streaming services like Netflix, there’s a new age of modern screen stories unfolding right now. People with disabilities are landing prime parts, and the overall representation of people with special needs is getting more realistic, complex, and authentic.  Let’s take a look at some of the shows getting it right. A little heads-up: Some of these shows deal with adult situations, so not all of them are family-friendly. 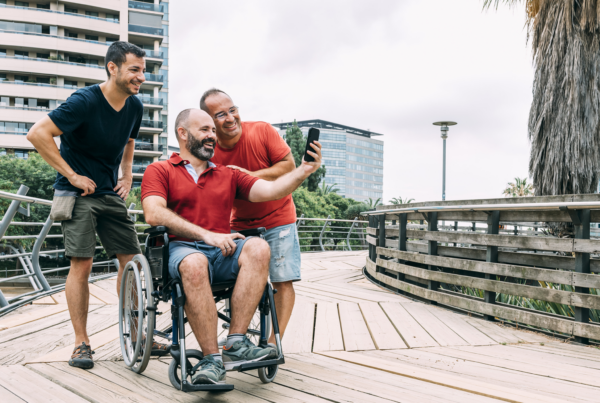 3 Simple Ways to Include People with Disabilities