Treat of a Lifetime 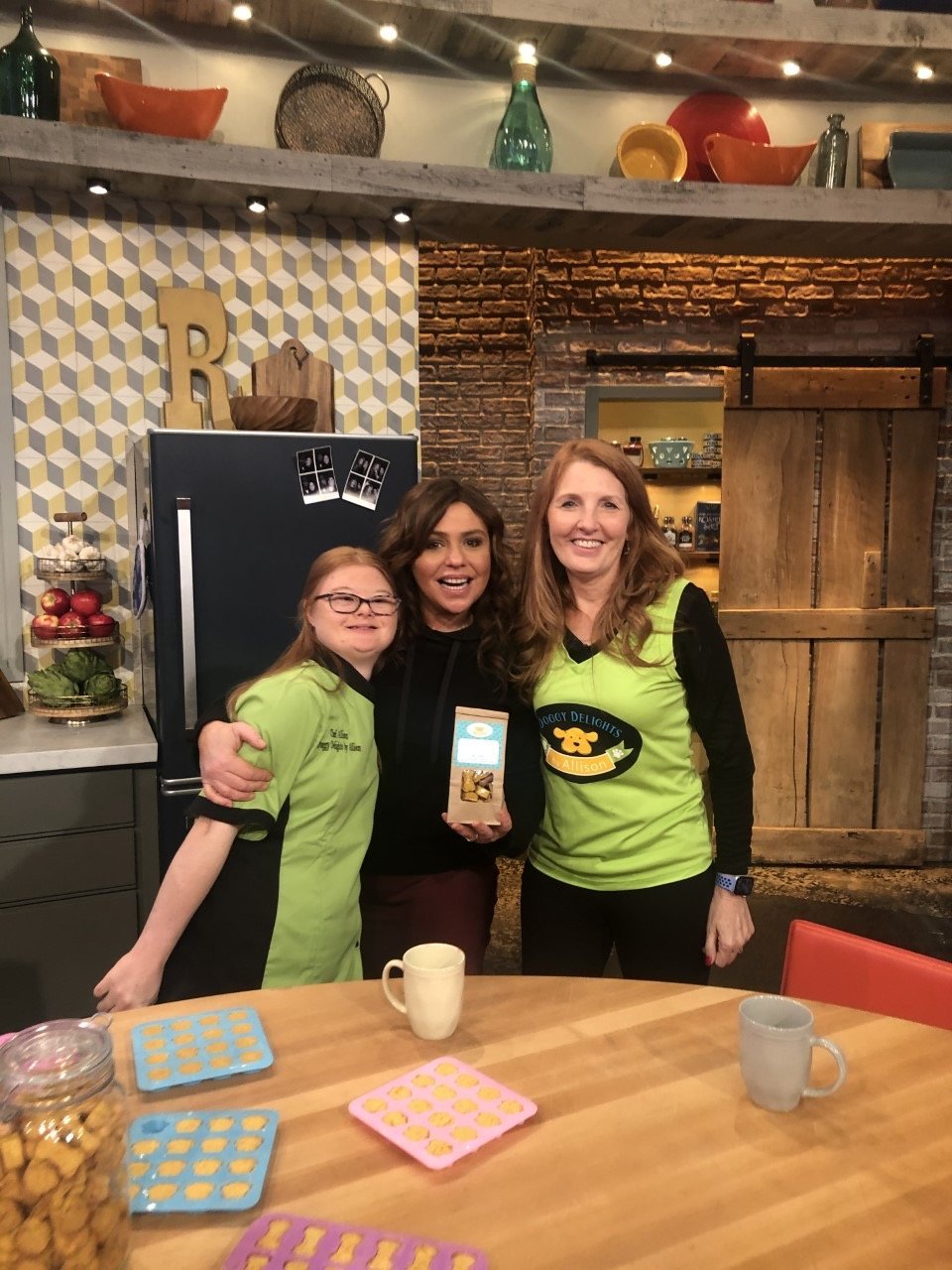 .
We’re pretty sure there’s no other baker alive who can say that her homemade dog treats have been taste-tested and overwhelmingly approved by the hostess with the EVOO-est, Rachael Ray.

Allison Fogarty, our favorite Florida-based baker of all-natural dog treats, fell in love with cooking while watching Rachael’s show during a long recuperation from a congenital condition. We covered the story in our profile on Allison, Tough Cookie.

Allison, a young woman with Down syndrome, is a We Include social influencer whose dream and determination to build a sustainable at-home baking business resulted in Doggy Delights by Allison. We can attest first-paw that the We Include canine crew of Bertie, Hazel, Eric Clapton the Corgi, and Hambone find Allison’s drool-worthy creations something to bark about.

The Word is Out

When Rachael got wind of Allison’s story, she invited Allison and Pat, Allison’s mother, to appear on the show via satellite with the promise that the Fogarty women would return for an in-person cooking sesh with Rach on the show. And like that, Allison and Pat donned their dapper Doggy Delights chef’s jackets and hit the Big Apple to cook up a little excitement with the lifestyle guru.

The segment, “How To Make Sweet Potato Dog Treats By Allison Fogarty,” aired Friday, Aug. 21, 2020, and reveals the adorably expected truth that Rachael Ray admires Allison as much as Allison admires her. Bonding over cupcakes and pasta, the two cooks planned a third appearance on the show to make some kind of delicious pasta dish for their moms.

In the meantime, here’s Allison’s segment from the Rachael Ray show—enjoy!